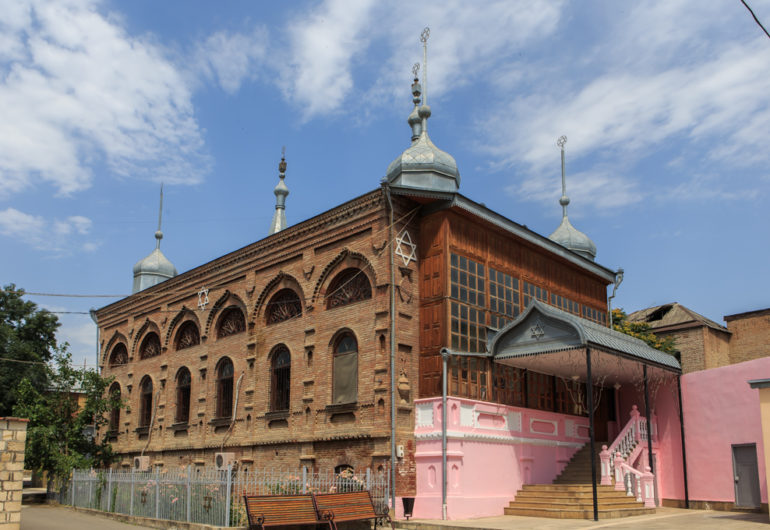 Guba is one of the beautiful and large cities of Azerbaijan, located 165km to the
north of Baku. A successful geographical location and a developed level of infrastructure allow
maintaining a stable flow of tourists to Guba region.
It’s no secret that Guba is famous for its unique architectural monuments worth seeing.
In the centre of the city there is one of the old city mosques, Juma Mosque, erected in the XIX
century. The monument is built from red brick and outside has a form of a regular octagon, in-
side of which there is one large hall, crowned by a huge dome.
Sakina Khanim Mosque built by the order of A.Bakikhanov’s widow amazes with its
monumentalism. The top of the facade is surrounded by an original eaves made of small bricks.
Outwardly, the mosque resembles a faceted cylinder, each facet of which has a window in the
form of an arch.
One of the famous baths of these places is the arched bath built supposedly in XVII-XVIII
centuries and visited by the famous French writer Alexandre Dumas traveling in the Caucasus.
Red brick was used here during construction as well that helped to keep the heat in the build-
ing.
Red Village or Krasnaya Sloboda is one of the interesting places in Azerbaijan. Mountain
Jews who preserved their language and their religion have been living here for already 2 thou-
sand years.
One of the favourite places of rest in the region is Gyachresh, buried in the shady ver-
dure of the forest belt. Among other popular places of recreation of Guba region there are the
magnificent Afurjin Waterfall, which entered in the list of the Natural Monuments of Azerbai-
jan, the mysterious Tengealtin Gorge, along which the Velvelichay River carries its raging wa-
ters and the huge Shahdagh National Park. 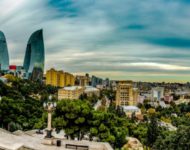